Early results show that when psilocybin is used with medical screening and support, it could be more effective at treating some psychiatric disorders than existing treatments, and without having to take a medication every day. A single treatment has improved symptoms for months.

It takes dedicated researchers, institutions, and funding to make this innovative research happen. However, the government has not yet funded this research, and drug companies don’t see a way to profit from medicines that cannot be patented. Those hurdles, plus cultural stigma, slowed progress in this area for decades.

Drawing on the scientific expertise and partnership of the world’s leading investigators, Heffter also mentors the next generation of psilocybin researchers, vets new approaches, supports proof-of-concept studies, and gathers the evidence base for therapeutic treatments that can help patients in need.

The founding of the Johns Hopkins Center for Psychedelic Research, the NYU Center for Psychedelic Medicine, and the initiation of the Usona Institute project to achieve FDA approval of psilocybin for medical treatment, are deeply gratifying to everyone at Heffter, having been instrumental in mentoring and funding the work that led up to those profound institutional developments. Heffter Research Institute is working to create similar psychedelic research centers at other universities, where it has mentored and financed the development of teams now performing multiple human trials using psilocybin to assess clinical efficacy for a variety of indications. The Dana Farber Cancer Institute of Harvard Medical School is about to begin a clinical trial using psilocybin for hospice patients. When completed, it will be the first human psychedelic study at Harvard in almost 60 years, and it is a Heffter reviewed and funded trial. Yale University Is performing multiple trials assessing psilocybin for depression, headache disorders and OCD, again reviewed and funded by Heffter. We are also investigating basic science on mechanisms of action and biomarkers.

Heffter’s research informs the public about the beneficial applications of psychedelics for both science and public health.  That research provides scientific knowledge that guides scientists toward new experiments to understand the brain and consciousness.  Based on Heffter’s support for depression and anxiety in cancer patients, the Usona Institute has now begun their research to make psilocybin treatment available for anyone with depression.  Current Heffter clinical trials will offer medical evidence to create new treatments for everyone with addictions and other conditions.

INTERVIEWS WITH PARTICIPANTS AND RESEARCHERS

The following videos are interviews of volunteers from the Harbor-UCLA, Johns Hopkins, and NYU Psilocybin & Cancer studies. 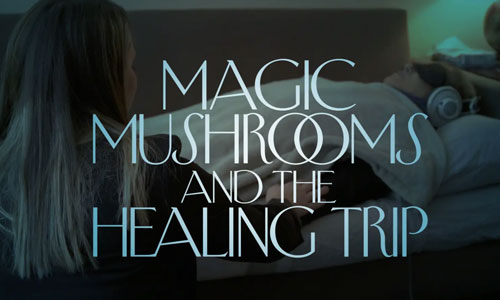 Magic Mushrooms and the Healing Trip

Eddie Marritz, a cinematographer and photographer in remission from small-cell carcinoma, was a participant in N.Y.U.’s Psilocybin Cancer Anxiety Study.

Estalyn Walcoff talks about her experience with psilocybin treatment at NYU for emotional distress from cancer. 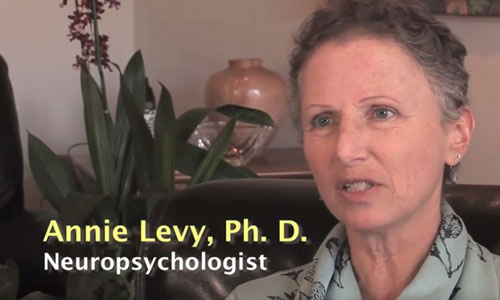 An interview with Annie Levy about her experience with psilocybin as part of the Harbor-UCLA trial with cancer patients who have anxiety.

Below are links to the most recent articles. Click Read More to read the full articles.

On an April Monday in 2010, Patrick Mettes, a fifty-four-year-old television news director being treated for a cancer of the bile ducts, read an article on the front page of the Times that would change his death…

In the current issue of the New Yorker, Michael Pollan writes about how scientists are once again researching the therapeutic use of psychedelics — psilocybin, LSD, etc. — to treat psychiatric conditions…

A woman being treated for cancer enters a quiet, comfortable room. She pulls a mask over her eyes, lies back on a couch and begins listening to soothing instrumental music…

Psilocybin is the active ingredient that puts the magic in “magic mushrooms.” And new research suggests it has tremendous potential as a treatment for severe anxiety caused by a serious illness or terminal diagnosis, according to researchers in the field…

A New York University research team is using hallucinogenic experiences to help patients come to terms with their mortality. “Some of the things I’m about to say might not make sense,” began O.M., a 22-year-old cancer survivor.

On a bone-chilling morning in February last year, Nick Fernandez bundled up and took the subway from his Manhattan apartment to the Bluestone Center for Clinical Research, which is located in an art deco-style building on the Lower East Side…